The extradition of Leonard Peltier, hunting and fishing rights, treaty negotiations, residential school claims, Delgamuukw: for over 30 years Peter Grant has been at the forefront of the legal struggle of Aboriginal peoples in Canada.

Peter is proud to work in collaboration with other like-minded lawyers to advocate for Indigenous peoples whether in the Courts, negotiations or public education on Indigenous rights.  In doing so, he intends to continue with the philosophy of his advocacy that he has practiced throughout his career.

“Law is not an instrument for guaranteeing exact justice, but rather one for preventing the grosser kinds of injustice.”1

With respect to Indigenous peoples of Canada, for most our history, law failed to even prevent  “the grosser kinds of injustice”.   Indeed, as the Supreme Court of Canada has stated, Indigenous rights have been ignored since the early 20th century.2   In the context of  Aboriginal law over the last 40 years,  the task has been not to follow the law but to make the law.

The task is not to follow the law but to make the law.

This is not an easy objective and was certainly more difficult in the mid-1970’s when Peter started his career.  In working on these goals, Peter focussed on the following areas

Peter was counsel for the Gitxsan and the Wet’suwet’en  in the precedent-setting Aboriginal title case known as Delgamuukw v. The Queen up to the Supreme Court of Canada and developed the evidence and arguments in support of recognition of oral histories as well as the proof of their Aboriginal title. (1983-1997)

In 2014, Peter succeeded in enjoining Canfor from logging in the Kelah territory,  a Wet’suwet’en House territory, and then negotiated an agreement with the Province that the area would be permanently protected from resource development.

Between 2008 and 2019, Peter represented the Nak’azdli and Tl’azh’ten Nations in suing Canada for breach of the 1911 Barricade Treaty by which Canada promised compensation in exchange for the removal of weirs.

Peter has negotiated complex accommodation agreements with respect to oil and gas developments in northeast British Columbia and compensation from BC Hydro for damages to reserve lands.

Peter negotiated a treaty between two indigenous nations and was involved in bringing the elders of both nations together in a safe environment for the issue to be resolved by the recounting of their respective oral histories.  After three days of discussions by the elders of the two Nations,  an agreement to resolve the boundaries consistent with the histories of the Nations was achieved.

Peter successfully assisted First Nation governments to negotiate extensive compensation for the wrongful taking of reserve lands without consent or even consultation for road purposes in several parts of British Columbia.

Peter was counsel for the Plaintiffs in the seminal Blackwater v. Plint;  Aleck v. Clarke and FSM v. Clarke cases in the late 1990’s which were the first  residential school cases to go to trial.  He argued appeals in the Blackwater and Aleck cases in the BC Court of Appeal and in the former case all the way to the Supreme Court of Canada.

This litigation, together with class actions commenced in other provinces and the political action of the former national Chief of the AFN,  Phil Fontaine,  led to the negotiation of the Indian Residential School Agreement in 2006.   Peter was directly involved in those negotiations and has remained a representative on the National Administration Committee responsible for implementing that Agreement.  Since 2010,  Peter has been the chair of the National Administration Committee.

He successfully argued for protection of the confidentiality of residential school claimants records unless they consented otherwise in the Ontario Superior Court,  Ontario Court of Appeal and the Supreme Court of Canada. 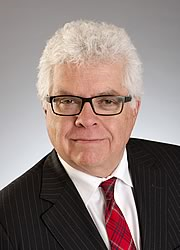 Peter has practiced Aboriginal law since 1976. He first became involved in looking at Aboriginal issues when he worked for Leonard Peltier as part of the defence team in his 1975 extradition. Mr. Peltier had been active in an AIM campaign to protect the Blackhills of South Dakota.

Peter has appeared in the Supreme Court of Canada on eleven occasions on behalf of Indigenous clients.

From 1977 to 1995 Peter lived and worked in the Gitxsan territory and practiced law principally for the Gitxsan and the Wet’suwet’en in north central British Columbia. He was counsel in Delgamuukw v. The Queen which went to the Supreme Court of Canada.

Between 1995 and 2018, Peter was a principal in the law firm of Hutchins Soroka & Grant and then Peter Grant & Associates practicing in the field of Aboriginal (now Indigenous) Law.

After just over a year and a half working as ‘counsel’ with the lawyers who had been members of his former law firm, Peter established Peter Grant Law in November 2019.  He is presently working in collaboration with other lawyers whose practices focus on Indigenous Law.

On Assistance to Aboriginal Governments:

Peter Grant is  now working with counsel from other law firms in a collaborative manner on significant litigation and negotiations including his former partner, Diane Soroka  from Montreal, and  lawyers from  Mandell Pinder,  Arvay Findlay and  Waddell Phillips in Toronto,  all of whom have worked extensively in the area of Indigenous law. Peter’s present focus is on four major legal initiatives, all of which will, hopefully, advance the law for the Indigenous peoples of Canada and lay further legal frameworks to assist in advancing the goal of reconciliation between Canada’s original peoples and post-contact  settler societies.

This is the Aboriginal title action of the Gitanyow.  They are seeking establishment of their Aboriginal title within their Lax yip (territory).  Peter is  working with Mark Underhill and Catherine Boies Parker of Arvay Findlay and Diane Soroka.

This class proceeding was certified in 2015 in the Federal Court of Canada. After unsuccessful negotiations for three years,  the case is being readied for trial which is scheduled for September 2021. This litigation has been brought by shishalh and Tk’emlúps te Secwépemc Indian band and I am working with John Phillips and his law firm and Diane Soroka on this case. (see link to Summary of Case)

This certified class action is brought on behalf of anyone who attended at any Indian Residential School, for any times they attended as a “Day Scholar” (i.e. non-resident student), as well as their children, and the bands within communities that contained a Residential School.  The lawsuit claims that Canada acted unlawfully and harmed those who attended at the Residential Schools, as well as their children and band communities because the Schools were used to attempt to eliminate aboriginal languages, cultures and traditions. The action also claims that many people who attended the Schools were subjected to mental, emotional and spiritual abuse, for which compensation is claimed.

The firm remains involved in representing nations whose traditional territories are claimed by neighbouring indigenous peoples.  Alternative means to address these issues are being considered.

Based on his experience in the field of Indigenous Law,  Peter has also focussed on the need to educate the public and up and coming lawyers on the nature of Indigenous laws and legal systems as the governments of Canada increasingly recognize the need for reconciliation between the settler governments and Indigenous governments.

For example, he has spoken publicly on the nature of the Wet’suwet’en Indigenous legal system in light of the recent media coverage of a perceived ‘conflict’ between the Indigenous government and the band council governments.

Maps were disabled by the visitor on this site. Click to open the map in a new window.
Scroll to top